West Wise Rural Water Supply Corporation was formed to provide water supply to the members of the corporation. The Public Utility Commission issued the Corporation CCN No. 10284 on November 1, 1979.

The purpose for converting to a Special Utility District (SUD) is to become a public entity and a political subdivision of the State of Texas thereby having a tax-exempt status. The district will have the ability to save a considerable amount of money by obtaining a sales tax exemption and by paying a lower interest rate on tax-exempt debt for any future system improvements. The proposed district will also have a better ability to obtain additional quantities and sources of water for its customers. 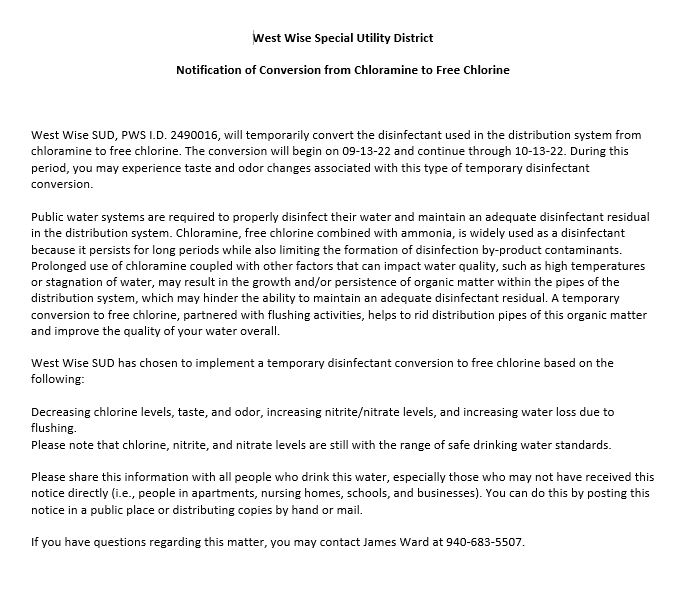 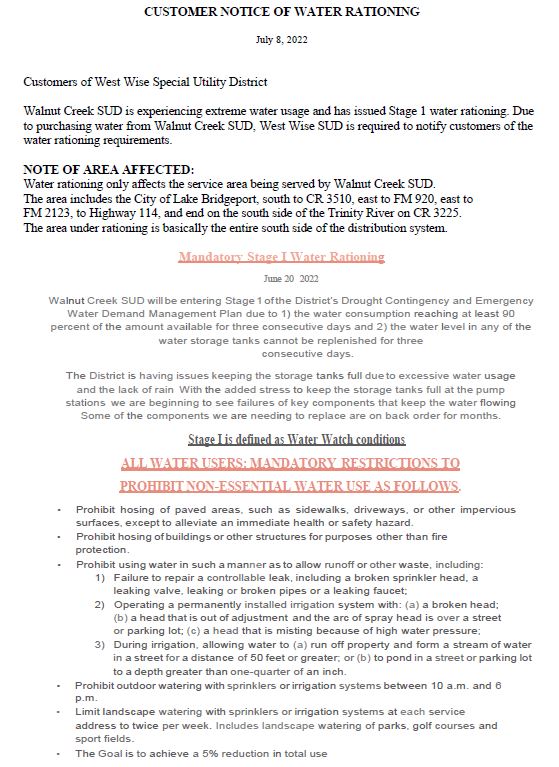